Our Team at Garriques & Associates is professional and competent. Get to know our team. 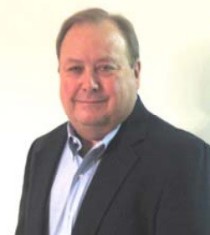 Frank is originally from Maryland. He graduated from Frostburg State University in Frostburg, Maryland.

He is married to Laine Crooks and they have four children. He currently resides in Port Orange, Florida. Frank relocated back to Florida in 2004, to begin his career at Garriques & Associates Staff Leasing in New Smyrna Beach. In 2012, he was named President of the company.

Liz McBride joined Garriques & Associates Staff Leasing in 2011 as the Office Manager. Although most of Liz' experience is in goverment work, she has found a niche at our corporation and excels at making our clients happy and left feeling comfortable with our organization. She gets to combine her office skills in Microsoft Office (Word, Excel and Outlook), along with many years of customer service to prepare proposals for potential clients, collect invoice checks and distribute client payrolls. Liz serves as a liaison between clients and their payroll specialists in order to provide Garriques' clients with the best service possible.

Our office is open during the following hours:

CALL OR VISIT FOR

You can get various types of information from our website about our business, our industry and our local businesses.